The book comprises a series of case studies on Hispanic translation 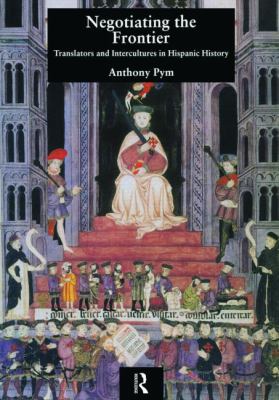 history, designed to test the hypothesis that translators belong to professional intercultures rather than to the start or target cultures. The analyses apply negotiation theory, particularly the theory of negotiation regimes, where two parties agree on some principles and agree to disagree on others. This means that translation principles vary in their importance and impact from one situation to another, and conflicts between principles can simply lose relative importance, without ever being resolved. The case studies are all based on a materialist cultural history. They comprise: the role of gold in twelfth-century translations from Arabic; the passage from Church to State as institutional sponsors of translations in the thirteenth century; the impact of paper production on the way translations were produced in the thirteenth century; why the Christian Biblia de Alba was translated by a Jew; why Humanism shifted the terms for translation from traslad- to traduc-; why Castilian became a language of colonial expansion, mainly in the sixteenth century; why and how many Hispanic translators took the paths of exile, from the sixteenth to the twentieth centuries); how late nineteenth-century translations from French helped the exoticization of Latin American verse; how early twentieth-century anthologies of translated poetry made minor intermediaries into authors; how translators at the 1992 Olympic Games in Barcelona constituted the Catalan Olympic team); how the development of translator training in Spain should be adapted to globalizing markets.